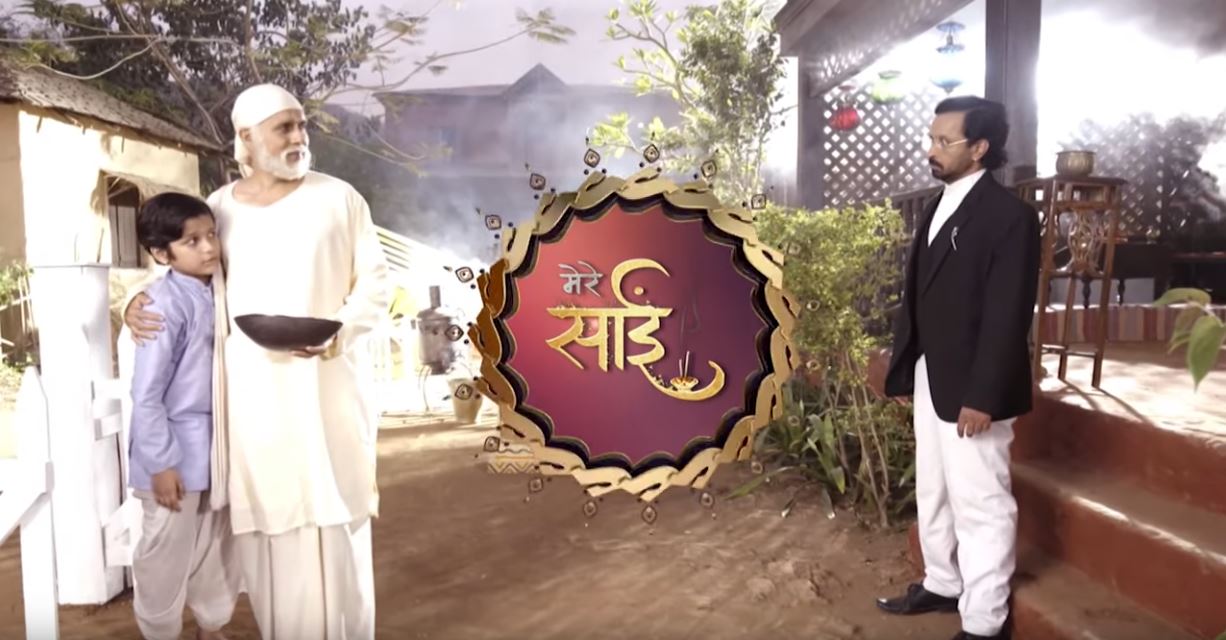 Sai advises all men to be better husbands. Help your wives. Help him move forward in life and try not to shove him into the pit. Dabholkar ji and Vaishnav smile. Mhalsapati ji requested Sai to forgive him. We have learned our lesson. All men agree to fully support their wives with folded hands. Sai blesses them. The weather suddenly changes. Strong wind starts blowing. gets stormy. Sai takes out his tongs from his bag and grabs it. Dabholkar ji was shocked to see Sai holding Sai towards the sky and seeing the lightning emanating from it. He asks everyone to go aside. Villagers comply. They see Sai as they bring lightning to Earth and the ground suddenly breaks. Everyone is stunned to see this sight while Sai smiles in relief. The weather returns to normal. Dabholkar ji folds his hands with reverence. The villagers walk back to Sai and gratefully join hands. Dabholkar ji thinks that the world does not know what kind of person lives in Shirdi. People should know about him. I will write about him so that generations can know him and remember him.

Sai tells Mangu not to worry. Your problem will be solved before today’s discourse. Bhima bowed to Sai. He introduces Sai to Damodar ji. He is a businessman from Pune. Damodar ji greeted Sai and sat down in front of Sai. He sits in front of Mangu and asks for help. Bhima and Sai notice this. Sai nods to Bhima and he takes his leave. Sai asks Damodar ji what he wants. What’s not with you? Damodar ji says I have everything that I can have. I want to see God only once. I have heard about you. You have cured diseases that are incurable. You have seen some people as God and some people think of you as God also. Please don’t say Sai says I will definitely help you but Mangu is sitting here for a long time. He will have to pay the tax to the chief by morning. However he has no money or he will lose his land. I’ll help you after that. He sends Bala to Shyama. Tell him that I want to borrow Rs. 5. Bala leaves. Damodar ji tells Sai to make him see God until Bala comes back. Sai reiterates that he has promised to help Mangu. He’s been waiting a long time. Wait some time. I’ll help you then.

Bala tells that Sai Kaka is not at home. Sai asks Bala to check with Mhalsapati ji and Nandu to ask Shrikant. Children shake their heads. Damodar ji asks Sai how long he should wait. I have to go to Pune today. Sai says I never said. I don’t want to keep you waiting unnecessarily. I will do it as soon as I get Mangu’s money. Bala and Nandu tell Sai that neither of them is at home. Sai wonders where everyone is today. He decides to go himself. Damodar ji was stunned. Damodar ji asks Sai where he is going. I have to reach Pune by morning. Sai says I should help Mangu. I should arrange money for him. Damodar ji asks them to go after seeing God. Sai asks him why he should do this. The children see them. Damodar ji says you agreed to do it. Sai says I said this but how should I do it. You have Rs. Right now you have Rs 230 in your pocket, still you are not ready to pay Rs. 5 for a poor person. God resides in every person. You don’t help a human being think of him as a god or even outside of humanity. How can a selfish man like you see God? For this you must let go of your greed. Those who have seen God till date were beyond all this. What is the use of having money that cannot come to help others? He says a verse about donating. Everything in this world is for charity. Damodar ji apologized to Sai for counting the money in his pocket. You are right. I was afraid to help others because I thought people are after my money but my habit is taking me away from God. He gives money to Mangu. He politely refuses but Damodar ji says God has given me a lot. It’s time to return. please keep it. Mangu returns the extra money to Damodar ji. I will return it to you asap. They see Sai. Sai tells Damodar ji that not everyone is after money. You can start helping people right now in their time of need. Think that they have approached you because God has enabled you to help God. Remove all bad things from your life like you helped Mangu today. Then you will definitely see God. Damodar ji says I have understood my mistake now. I was a fool. From here I will think of God in my every action and thought. He will be closest to God for me. Sai blesses them.

Santa gives a letter to the government. Santa also comes inside but the government does not let him go. He laughed after reading the letter. The British government has given me a big responsibility. Alert our men. Prepare them for what will happen in the future. If I am successful in my work then we will not need people like Dabholkar ji. I have been given unlimited power to accomplish this task.

Sai says no. Dabholkar ji asks him why not. I want people to know about you. Sai asks him what will it do. Patil ji says they will be grateful to know you. look at us. Mhalsapati ji seconds it. You should know them too. We won’t live very long. Sai asks Dabholkar ji what he wants to write. Dabholkar ji says that it will be right from your birth. Sai says it is not needed. Anything else? Dabholkar ji says that this is how history is written. Sai asks her to think again. I don’t want children to remember where I was born and what happened in my life. There should be some motive behind doing anything else it becomes useless. Dabholkar ji says I may not be able to write about you but will it never be written. Sai tells him that he has a logical answer to it. Come to me when you meet. Dabholkar ji starts walking from there feeling sad but then stops near the stairs. Why couldn’t I think of this earlier?

Precap: Dabholkar ji brings Sai Charit Manas to Dwarkamai on a plate covered with flowers. The villagers are dancing happily around him. Dabholkar ji tells Sai that he has written the first chapter. I dedicate this to you. Bless me that your teachings may spread to every corner. Sai blesses everyone.