The company has sent prototype samples of its first foldable smartphone, codenamed Chicago, to a few publications including CNET and MrMobile. The design of the device is similar to the Samsung Galaxy Z Flip 3 with some minor design tweaks. Also Read – Samsung Galaxy M52 5G Design, Key Specs Leaked Online, Launched Soon in India

When asked about canceling the launch, Stephen Street, TCL’s chief marketing officer, told CNET, “We could finish this product and bring it to market, but it somehow felt . .. not perfect. For us, this category is really, really important. We will bring products. We will bring many products.” Also Read – 5 Best Budget Gaming Smartphones To Buy In India In September 2021

TCL Chicago sports a 6.67-inch foldable plastic display with an aspect ratio of 20:9. In comparison, its rival Galaxy Z Flip 3 comes with Ultra-thin Glass (UTG). Motorola Razr also has a plastic foldable display. The outer panels are made of plastic. CNET also noted that the display crease was much less visible on the TCL as compared to the rivals.

The Chicago Moto Razr 5G shares a lot of its specifications as compared to the Galaxy Z Flip 3. It is powered by the Snapdragon 765G paired with 6GB of RAM along with 128GB of internal storage. The device comes with a 3,545mAh battery. The Galaxy Z Flip 3, on the other hand, has the flagship Snapdragon 888 SoC.

The device comes with a dual-camera setup at the back, consisting of a 48-megapixel primary sensor paired with a 16-megapixel ultra-wide angle lens. On the front, it houses a 44-megapixel selfie camera. Mr Mobile has said that the phone’s software is still in its prototyping stages and notably the camera features do not work properly.

While TCL hasn’t disclosed the Chicago price, both CNET and MrMobile have said that the device could cost $800 (roughly Rs.58,820), which is about $200 cheaper than the new Galaxy Z Flip 3. But apparently, TCL wants to bring down the price even further, and has said that it will launch its first foldable smartphone in the next 12 to 18 months, and it will be something better, not Chicago.

Another reason TCL did not launch Chicago is that US telecom carriers are currently not interested in selling foldable smartphones, instead, they want to sell only 5G smartphones. 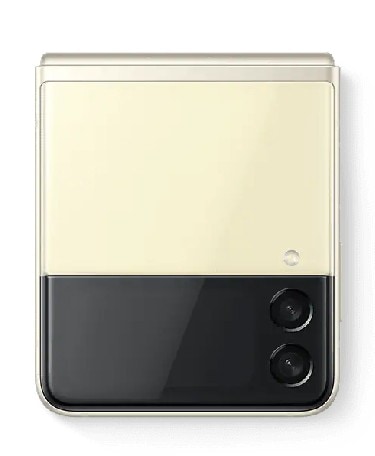 “I have a problem with desi comedy…”

Which of these married couples represents India in the same sport?