Samsung Galaxy India launch seems imminent as officially-looking render images of the device have surfaced on the internet. Apart from a set of renders, key details of the upcoming Galaxy M-series phones have also surfaced online. Also Read – 5 Best Budget Gaming Smartphones To Buy In India In September 2021

Samsung Galaxy M52 5G alleged renders show the front and back of the phone. The official-looking render shared by tipster Ishan Agarwal in collaboration with MySmartPrice shows that the back of the phone sports a pinstripe design with cameras stacked vertically at the top left corner. On the right side, the render houses a fingerprint sensor on the power key, which is topped by volume keys. Upfront, one can see a minimal-bezel display with a centered punch-hole cutout for the selfie camera. Also Read – Samsung Galaxy Z Fold 3 Review: Samsung’s Most Refined Foldable Ever

The report further states that the Galaxy M52 5G budget phone could come with a 6.7-inch Super AMOLED display with 120Hz refresh rate and 1080 x 2400 pixels resolution. Also Read – Top 5 Battery Smartphones To Buy Under Rs 20,000 In India In September 2021 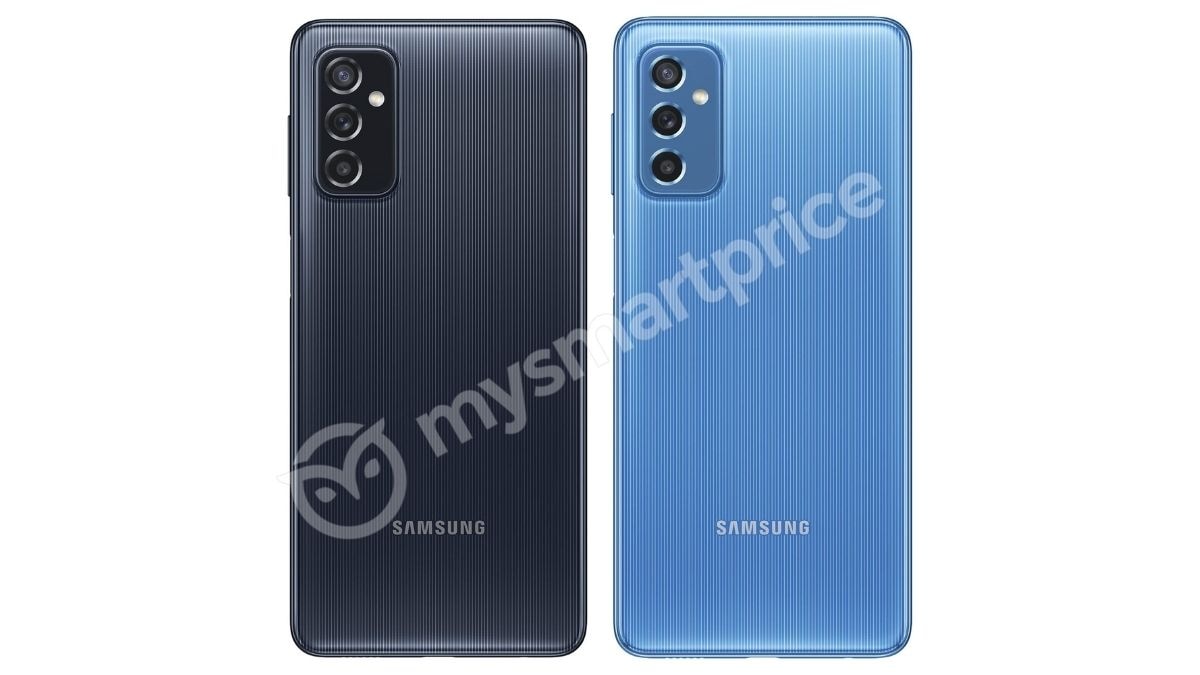 As per previous reports, the Galaxy M52 5G is expected to ship with Snapdragon 778G SoC in 6GB/8GB RAM variant and 128GB internal storage. The phone is rumored to get a triple rear camera setup with a 64-megapixel primary sensor, a 12-megapixel wide-angle sensor, and a 5-megapixel macro lens. For selfies, it is said to have a 32-megapixel front-facing camera. The upcoming Galaxy phone will likely run One UI 3.1 based Android 11 OS, and support dual-band WiFi – 2.4GHz and 5GHz bands. The phone measures 7 x 76 x 164 mm and weighs 175 grams.

The new Galaxy M52 5G has reportedly appeared on a BIS listing and an Indian support page, which suggests a launch of the phone soon. Apart from the Galaxy M-series phones, Samsung is also widely speculated to introduce the Galaxy F42 5G phone.