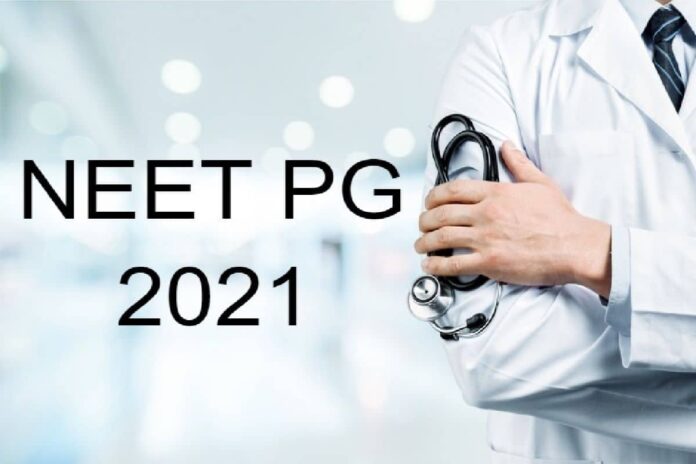 NEET PG 2021 Latest News: The Supreme Court on Wednesday issued notices in a writ petition filed by doctors, in which thousands of NEET PG candidates across the country are facing serious problems due to the absence of any option. Is. Candidates will change their exam centers for NEET-PG 2021, informed livelaw.in. A bench of Justices UU Lalit, Ajay Rastogi and Vikram Nath, while issuing notice in respect of petitioners 1 and 2 only, said in its order: “Issue notice only in respect of petitioners 1 and 2 who are in the 7th and 8th month of pregnancy respectively.” are in.” Also Read – NEET PG 2021: NBE Extends Registration Deadline, Edit Window Till August 25 details here

The top court also directed the officials to come up with the decision within two days. Appearing for the doctors, senior advocate Kavin Gulati, while explaining the scenario said that when the doctors had filled their forms for the first time and requested for extension of the window for 24 hours, said that, “When we first filed our When the form was filled, we were in the final stage. On August 6, 2021, he said the fresh candidates who had filled were allowed to choose the centre, and not those who had filled the form and were eligible earlier. Also Read – NEET PG 2021 Exam Date Declared: Exams to be held on September 11 see details here

They also argued that the petitioners had asked the National Board of Examinations to change the window for taking the examination soon after the notification came. On submission by senior advocate Kavin Gulati, Justice UU Lalit asked senior advocate Maninder Singh, appearing for the respondents, to consider allowing the petitioners to change their centres. “The situation now is that there is a lot of prejudice for those who want to take the exam. Allowing them to change center and position is the least you can do,” Justice UU Lalit was quoted as saying. Also read- Education Ministry postponed all offline examinations this month amid demands of students

Bigg Boss OTT: After winning the show, Divya Agarwal had a romantic celebration with her...

These are Rubina Dilaik and Nikki Tamboli’s favorite contestants in Bigg Boss OTT, will be...